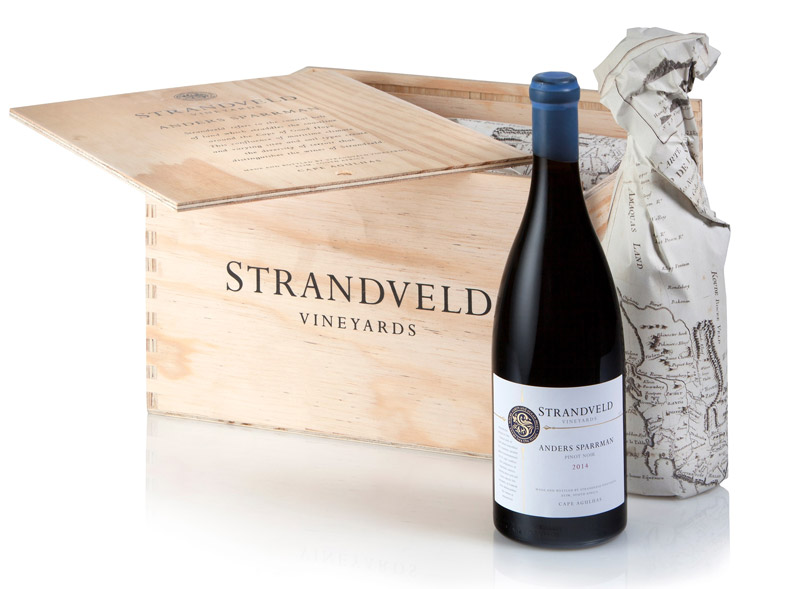 Pinot Noir is a notoriously temperamental grape and is relentless in its unashamed preference for perfect growing conditions. Few other grape varieties will express a choice for a specific terroir to bring forth their true potential as clearly as Pinot Noir. The southernmost Pinot Noir vineyards on the African continent are harassed by fresh winds off the Atlantic but these winds provide cool temperatures, which are the pre-requisite for exceptional Pinot Noir. Fine tuning the fruit of this very specific Elim terroir into a truly exceptional wine is the art of the winemaker.

Winemaker, Conrad Vlok, says: “This wine was produced to have good aging potential. It has a dark ruby red color with piquant red berry fruit, earthy undertones and savoury richness. The palate delivers well on the promise of the nose with more complex flavours of wet slate to compliment the berry notes and oak undertones. The tannin is firm but not astringent and carries the wine for a long finish. Although youthful on release, this is a serious wine which will benefit from cellaring with the potential to age for 10 years or more.”

The one hectare vineyard of 3000 vines which produces the Anders Sparrman Pinot Noir was planted in 2002 on a North-east slope at 80m above sea level. This is a slightly warmer slope with a quartzite, ferricrete and shale gravel mix. It is unusual to find such a natural mix of the different soil types in such a small area and undoubtedly this is why this vineyard produces a wine with more depth and structure. This vineyard gives a very small yield of 3,6 tons/ha or 1,22 kg per vine.

So, where does Anders Sparrman come into the story? Anders Sparrman was a Swedish physician, naturalist, explorer-adventurer, passionate abolitionist and author. Sparrman became the last and youngest disciple of famous naturalist Carl Linnaeus and sailed for the Cape of Good Hope in January 1772 to take up a post as a tutor. After a two year period away from the Cape spent with British explorer, Captain James Cook, circumnavigating Antarctica he returned and began his began his Southern African journey into unchartered territory. Riding overland from the Cape in July 1775. Sparrman reached the Great Fish River near Cookhouse – the farthest point of his journey and returned to Cape Town in April 1776. Sparrman’s extensive and hazardous journeys into the interior more than 230 years ago are still very relevant to students of natural history today.

Sparrman’s geographical observations resulted in the publication of a map in 1779, which was the first to show in any detail most of the area of contemporary settlement. On the map, many interior settlements are named, if not accurately placed. His travels were published in three volumes with English, French, Dutch and German translations following. His accounts include the first complete descriptions of the hippopotamus, rhinoceros, wildebeest, buffalo and impala. His writings also yield interesting records of smaller mammals such as the honey badger and wart-hog. Sparrman was also a zestful and endlessly nitpicky botanist. Among the plants mentioned in his writings are silvertrees, proteas, ericas and arum lilies. He was also the first person to describe the Cape Ash.

It was with a similar sense of adventure and the unknown that the owners of Strandveld Vineyards purchased an old wheat and sheep farm close to the southern tip of Africa in an area as yet unchartered for vineyard growing and winemaking and undaunted by the barren terrain, maritime climate and relentless winds embarked on their own journey of discovery.

Strandveld Vineyards has named this exceptional Pinot Noir after Sparrman because he symbolises their spirit of adventure and discovery and their commitment to preserving and protecting the abundant natural resources of the area.

Only 500 cases of this limited release collector’s item Pinot Noir have been produced. Each bottle is wrapped in a print of Anders Sparrman’s hand drawn map of South Africa, one of the most detailed of the time and packed in wooden case of 6 bottles.